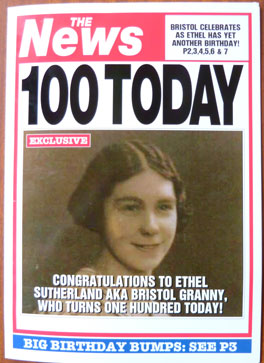 It's been a while since I posted some news and that's because my mother died in July, but as she said herself when I saw her in May - 'She'd had a good innings' - and that was certainly true because she'd reached the grand old age of 101. It doesn't come any easier though, even if you half expect it's going to happen at some point. However, it hardly seems a year has passed since we celebrated her 100th birthday. You may think it strange I hadn't seen her since May, but we live many hundreds of miles apart, so it meant I didn't see her often, and the rest of my family live near her in Bristol so she was well taken care of. Besides, she was a sprightly old lady who lived independently, doing her own cooking and cleaning right up until the end. I just hope I have her genes. The funeral was a sad occasion, and I went to Bristol to be present, although counting the travel it meant I was away for three days.

I thought you might like to see a couple of photos taken at her 100th birthday party, and I wish you could have seen her dance at it. But the next best thing is a photo and here it is. And, of course, we can't forget her birthday card from the Queen. 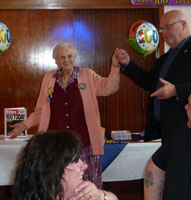 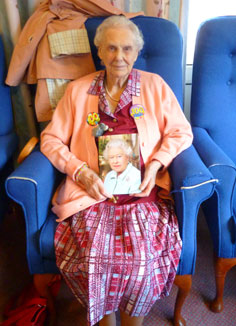 August started badly, my backup computer died on me. It was the first computer I built and I was fond of it, which meant I didn't want to rush out and buy one from the nearest computer store, so I upgraded it with a new motherboard, processer, and more memory. This meant it was now a more powerful computer than the one I was doing all my work on which was the second computer I built. It seemed daft to keep working on a less powerful computer which was also starting to age, so I swapped them over. However, because my brand new upgraded computer had died on me, it meant I had to install all my software again and move loads of files from the computer which was now downgraded in status to my backup one. This was pretty time consuming and my work in progress, the new novel, has suffered as a result. But I'm back on stream now so there's no stopping me.

The month rounded off with a lovely lunch with my CWA (Crime Writers' Association) pals in Edinburgh. Now I'm getting ready for Bloody Scotland in September. I'm sure it will be a blast.

June has been a quiet kind of month. The main news is the publication of a box set of The Dundee Crime Series which allows readers to receive three full length novels for the price of two, a bargain if you haven't read any of the previous novels. I had my doubts about how popular the box set would be, because a lot of readers have already read at least one of the books, and loads of them have read all three. However, the box set, which the Bookaholic blog site described as a deadly trio of novels, has been selling well, so I suppose I must be attracting new readers. I've been quite taken aback at how popular this series is, and DS Bill Murphy seems to have attracted hordes of followers. I find that strange, particularly as I'd never anticipated he would be the main police character. I'd planned for that to be his colleague, DS Sue Rogers, but when I was writing the first book, Bill Murphy elbowed her out of the way and claimed top spot. I wonder if the books would have been as popular as they are if I'd stuck with Sue. If you're interested in having a look at the box set you'll find the link at the bottom of this post, and of course you'll find further details on each book's separate page.

You've probably guessed I don't have much of a social life, too busy trying to write my next book, but I did have lunch with my CWA (Crime Writers' Association) friends in the middle of the month. Alex Gray is to be thanked for arranging these lunches, and it's great to catch up with fellow writers every now and again. A week later my grand-daughter Amy was on stage in Annie, so I had to go along and support her. I also went to an event arranged by Police Scotland to celebrate the 100th anniversary of women police in Scotland. Imagine my surprise when I opened a folder containing the Baird Report which had a large yellow Post-it note attached inside the front cover which was in my handwriting. I must have given it to Dundee Police Museum at some point, but it must have been a long time ago because I can't remember doing it. Maybe the dreaded Alzheimers has caught up with me!

The new book is gradually taking shape, but it's a slow process. The characters haven't been particularly cooperative with me this time, but I think they're starting to open up. Thank goodness for that because I have readers clamouring for my next book. One even stopped me on the street today to tell me to hurry up with it. So, I suppose I'd better sign off and get back to the writing. Here's until the next time. 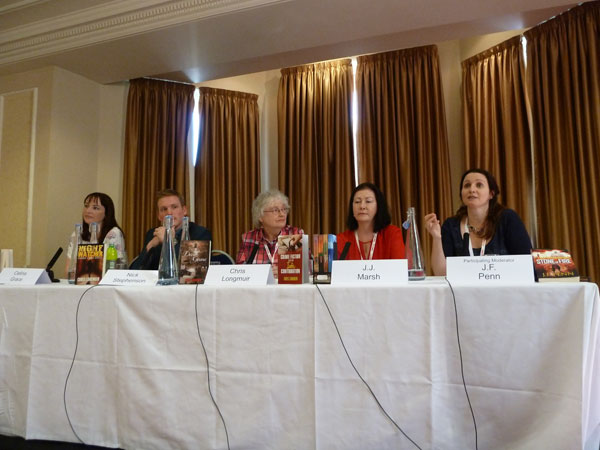 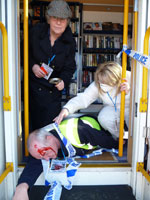