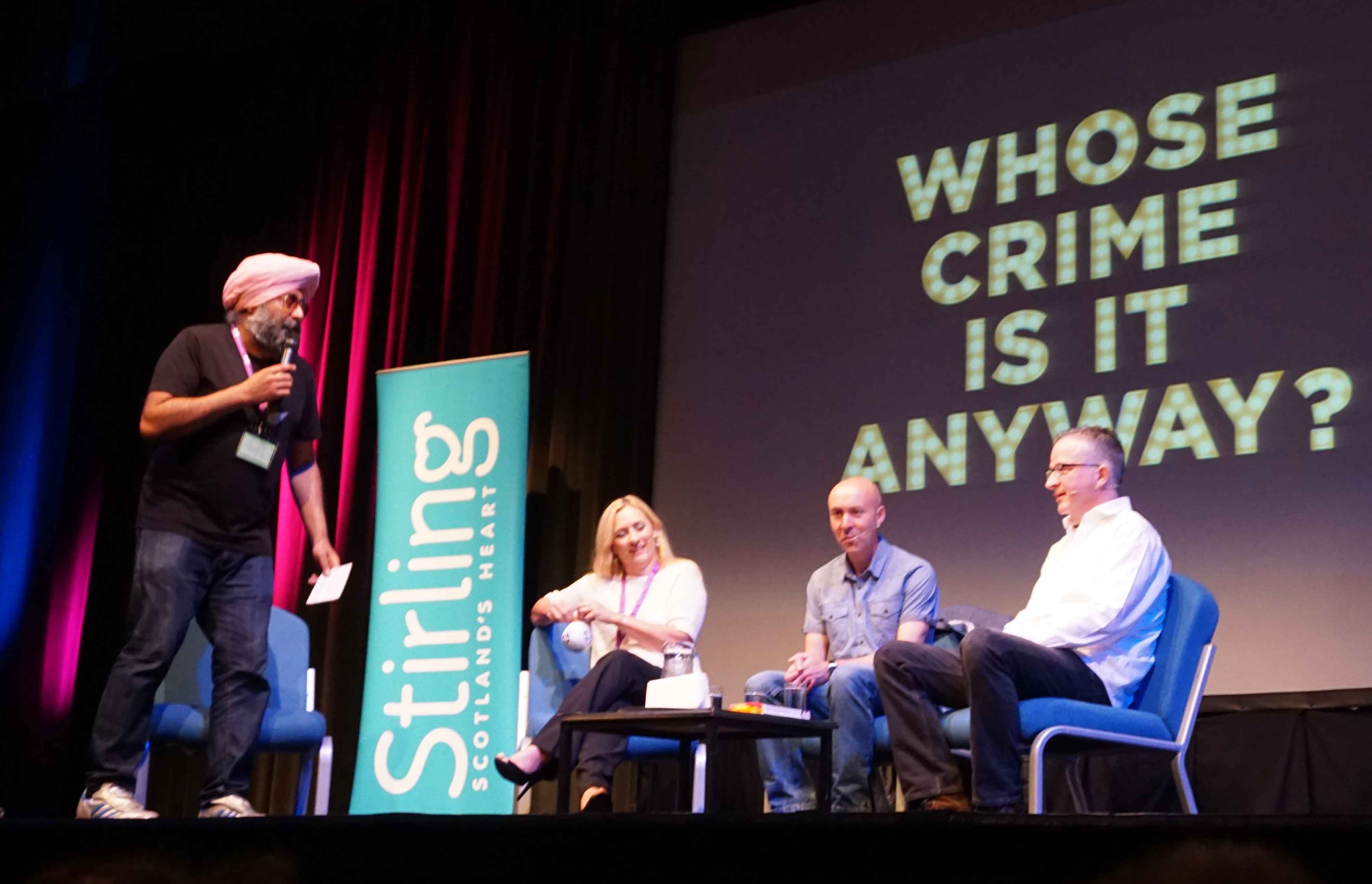 It's that time of year again. It's time for my annual excursion to Stirling to attend Bloody Scotland. This is Scotland's very own crime writing festival, and it's hard to believe this the fourth year it has been running, and it just keeps getting better and better.

This year was slightly different though, because I took my thirteen year old granddaughter with me, and she had a ball. I have no doubt she enjoyed it because she wants to go again next year.

The other thing that was different was the hotel. The Stirling Highland Hotel was completely booked, so we checked into the Golden Lion. It was an older hotel, but the service and accommodation were top class, although the lift was deadly slow. On the other hand, we didn’t have to climb the hill to get to the hotel. I swear that hill up to the Stirling Highland Hotel gets steeper every year.

Because Amy was coming with me to Bloody Scotland, I had to wait until she finished school for the day, so we weren’t able to get to Stirling in time for the first event which was a shame because it meant we missed Val McDermid and Peter May in conversation. However, we were in time for Whose Crime is it Anyway, three top crime authors improvising a crime story on stage from clues and prompts from comedian Hardeep Singh Kohli, the audience, a spinning wheel, and phrases from a copy of Katie Price's (Jordan) autobiography.