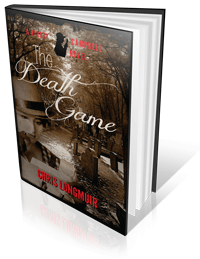 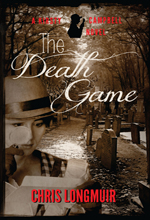 "REALLY enjoyed this book. The heroine is a fascinating character with a truly original backstory - former suffragette/ one of the first female police officers. The book zips along nicely and satisfies on every level. It could be argued that this is an important book - detailing a huge step in the woman's movement - and the author very cleverly allows this to inform the character without giving the reader a lecture. Quality from start to finish!" - Michael Malone

"I love the premise of going back to early 20th Century Dundee, and writing about the first female policewoman in Dundee. The character, Kirsty Campbell is based on this woman. This character is excellent - feisty, single minded and yet vulnerable. This sums up the women of Dundee in my Grandmother and Great Grandmother's time. Chris Longmuir sets the scene well and her evocative writing brings the Dundee of the time to life. There were still some aspects of this life going strong in my childhood." - Wendy H Jones

"This is another superb read, by author Chris Longmuir. With its excellently written storyline that will keep you in suspense, and what I liked about this book was that I could not solve the mystery and I had no idea what the conclusion of the story would be. I am pleased to hear that there will be more novels featuring Kirsty Campbell and I will really look forward to reading these." - Nikki Bywater

"Having read Ms Longmuir's Dundee crime series, I couldn't wait to read this brand new series. What a fabulous read. Set in 1919 in London then Dundee you will walk in the foot steps of Kirsty Campbell. I feel that I have travelled the streets of Dundee and felt the humiliation of being a woman in a man's world. Twists and turns aplenty so if you love murder, thriller, this book is for you." - Pauline Barclay

"There's a lot to be said for the historical murder mystery. No DNA for a start and therefore a proper detective story depending on wit, logic and imagination. Add to that the attitudes of different times from our own and you have a potent brew. Chris Longmuir's new character, Kirsty Campbell, comes to Dundee from London as the city's first ever policewoman and encounters all the sexism and chauvinism of a male generation which still hasn't got over the suffragette movement. She has prejudice to break down and a reputation to make and her struggles are dramatised memorably, with sharp, insightful characterisation. Things are often not what they seem but Longmuir knows how to insert the tiny jarring note which makes us uneasy about the most seemingly trustworthy character. Added to this is a superbly transmitted sense of place and atmosphere, some moments of pure terror for the protagonist and a satisfying conclusion for the reader. The result is a real page-turner of a book. This is a start of a series and I look forward to meeting Kirsty Campbell again." - Neil Sydenham "Dennis Hamley"

"The Death Game is a historical crime novel and is the first in the Kirsty Campbell Novel series. This book will keep you turning pages. Longmuir writes a smooth, flowing novel that will keep you guessing toward an ending that will have you reaching for the next in the series. It’s the story of a young woman with a painful, even debilitating past, who has to keep moving forward in a job that is, in itself, one that might be more than she can handle and a secret she stumbles into that tries to pull her back into her past. You will want more." - Jim Magwood

"Chris Longmuir's idea of setting a series round the first woman police officer to work in Dundee is excellent. I really felt those hefty, land-army style boots and appreciated the historical notes at the end. The central story of child abduction and traumatising sexual 'games' perhaps resonates more with 21st century fears then the specific situation in 1919 but the darkly Gothic trappings of cellers, underground passages and sacrifice in cemeteries work in any period. There's an abundance of plot-threads and big characters in this novel that are ripe for development in future volumes and the central character, Kirsty Campbell clearly has some personal sorting out still to do." -Julia Jones

"Chris Longmuir has found, in 1919 Dundee, the perfect time and place for an historical mystery with an accent on issues we still discuss today. The year is still close enough to the 19th Century for us to enjoy a cemetery murder, missing girls, possible devil worship and a hair-raising sequence in an underground labyrinth. At the same time, without slowing the pace, the author probes skillfully into child abuse, women's rights...and the first Scottish policewoman's struggle to survive in an all-male bastion. Mhistory lovers here get the best of all worlds. The Dundee setting is exquisitely rendered in little touches, not agonizing seas of ink. The dialogue never sounds stilted because Chris Longmuir has opted for a natural style of speech--but one firmly rooted in thoughts and values of the day. The division of the book into shortish chapters evokes very subtle memories of Guy Richie's editing of Sherlock Holmes. And, cool surprise, Chris Longmuir has a hot ace up her sleeve: the tack of exploring the day's sexual tensions through continuous attempts to hold hands or to touch...and characters' changing reactions. Terrific writing. Two thumbs up." - Reb MacRath