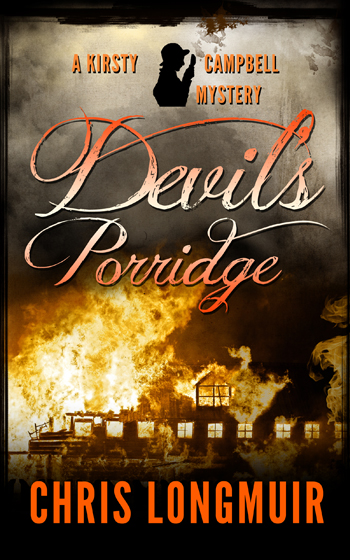 Oily smoke rose from the smouldering bundle of rags. He covered his mouth and nose with a handkerchief. He should leave. It was dangerous here. But he had to be certain the fire took hold before he left.

He stepped over the girl lying at his feet and prodded the rags with the toe of his boot. A small flame flickered, quickly multiplying into more and larger flames, spreading, looking for fuel to feed their hunger.

They had been walking out for several weeks before he asked her to let him have a look inside and, at first, she said no. ‘It’d be more than my job’s worth. Nobody’s supposed to know what we do.’

‘You are a silly.’ He laughed and pulled her around to face him. ‘Everyone in Silvertown is aware of what the factory does.’

‘That’s as may be, but it don’t mean I have to let you see inside.’

He took her into his arms and kissed the point of her nose. ‘What harm will it do?’ He kissed her right eye, then her left one.

‘For all I know you might be a German spy.’

He held her back from him and looked into her eyes. ‘Do you think I am a spy?’

She looked away and mumbled, ‘How do I know what a spy looks like?’

‘Well, he wouldn’t look like me, I’m sure,’ he said, a hint of exasperation in his voice. ‘I am only a news reporter trying to do my job. Nobody got in Conan Doyle’s way when he wrote about a munitions factory. The Annandale Observer published his Moorside article last month, so I could do the same as he did, and give it another name.’ He gave her a slight shake and released her from his arms. ‘If that’s how you feel, perhaps we shouldn’t see each other any more.’

‘I’m sorry, I’m sorry. I’ve never met any reporters before, and I thought it strange you wanted to get into the factory.’

He relaxed and pulled her into his arms again. ‘I will be able to write a better article if you show me where everything takes place, and there’s been so much in the newspapers about us not having enough ammunition for our men at the front. It’s bad for morale that, so I need to prove we are doing something to increase the supply.’ He hugged her tight. ‘But if you don’t want to do your bit and help – well, the public will have to go on believing we can’t provide our fighting men with what they need.’

He whispered endearments to her, stroked her, made love to her. By the end of the evening, she agreed to do what he wanted.

‘It will have to be Friday,’ she said, ‘after everyone’s finished for the week. The chemist on duty will be in the lab, and Albert, the night watchman, should be in his hut. If you sneak past him, I’ll make sure the side door’s unlocked.’

Friday was dark, the moon obscured by clouds, which suited him nicely.

‘This is the melt-pot room,’ she said after she let him in. ‘This is where the trinitrotoluene is melted before they pour it into the casings.’

‘Isn’t that dangerous? TNT is an explosive.’

She shrugged her shoulders. ‘Not according to the bosses. They say an awful lot more heat would be needed before that could happen.’

‘You’re a very brave girl.’ He pulled her into his arms and kissed her long and hard before he strangled her.

With a last glance at the fire, he turned and ran for the door. It slammed shut behind him. He kept on running until he rounded the side of the building and passed the watchman’s hut, where Albert lay slumped on the floor, before slowing to a fast walk when he reached the road. It wouldn’t do to draw attention, but he wanted to get as far away from the factory as he could before the blaze became an inferno.

He had timed it well. The factories had closed for the weekend. The shopkeepers had pulled down their shutters. And most folks would be having their evening meal or enjoying a pint at one of the many pubs.

He hurried on, and had just passed the Fire Station on North Woolwich Road, when the crackle of flames and the heat searing his neck and arms forced him to look back. The windows of the factory glowed red, the flames behind them flickering and spiralling in a macabre dance.

A distant shout alerted him to the danger he was in, and he darted up a side street where he would not be so easily observed. The clang of the bell on the fire engine beat in his ears, getting louder and louder. Doors opened. Men, women and children tumbled out of their houses onto the pavement, staring aghast at the factory a few streets away.

Men rushed from door to door, banging and shouting, ‘The factory’s on fire.’

More people joined them and soon there was a crowd of panic-stricken people, all running. He ran with them. There was safety in crowds.

Yellow, orange, and red flames leapt from the roof. Sparks rose and fell back to the ground, like shooting stars, smoke billowed upwards in great clouds, and the stink of burning chemicals stung his nostrils. But still he ran. While behind him the blaze increased, turning the evening sky crimson.

Victoria Dock was on his right when the first explosion came. The ground shook, buildings collapsed, and sparks showered the area, starting smaller fires where they landed. A fiery glow bathed everything in a blood-red vision of hell, silhouetting the houses left standing against the inferno. Then the second blast, louder, more spectacular, filled the sky with a display that would put Guy Fawkes to shame. A sizzling lump of flying metal flew past his head, singeing his hair and embedding itself in the road in front of him. The flour mills in the Victoria Dock crumbled under the force of the blast, and a gasometer at the other side of the river on the Greenwich Peninsula exploded, sending a glowing fireball sky-high.

His lungs felt as if they were exploding but he turned and ran. Ran for his life.