A Salt Splashed Cradle - Chapter One 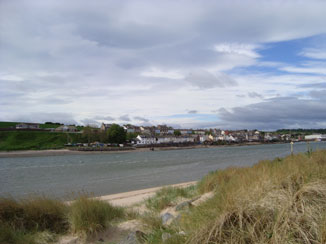 Belle’s teeth clamped down on the thick wad of cloth as the pain rippled through her. She could taste the mustiness of it, a dry, acrid staleness that caught in the back of her throat. Spitting it out as the pain receded, she wondered how many other women had bitten down on that same piece of cloth.

The sun, struggling to pierce the green glass of the small window, giving an unearthly greenish glow to everything within, suddenly burst through the opening door with an unwelcome warmth which merged with the sweat on Belle’s body. She turned her head and, narrowing her eyes against the glare, looked at the woman stooping to enter the small room. Their eyes met momentarily, and Belle knew that Annie was only there because it was her duty to be present at the birth of her first grandchild.

Belle turned her face to the wall, but no matter how much she tried she could not find a comfortable position on the straw filled mattress. Her dark curls tangled damply round her neck and she did not feel pretty, but no longer had the strength to care.

The pain started again. At first it had only been twinges but now the pain deepened and came in waves, closer and closer together. Tears coursed down Belle’s cheeks as she twisted her head from side to side, sobbing and moaning. ‘Damn! Damn! Damn!’ she muttered. ‘Damn you, Jimmie Watt!’ Clamping her teeth firmly on the rag, she thought angrily, if it hadn’t been for you I wouldn’t be lying here now, with only your sour faced mother and some damned witch of a midwife for company.

The pain ripped through her, a rending, splitting pain that threatened to disembowel her. She tried to scream but gagged on the cloth in her mouth. Struggling to dislodge it she finally shrieked and shrieked, while strong hands held her thrashing legs and caught the baby who had struggled so fiercely to be born. Belle, aware of a feeling of release now lay panting and sweating in the enclosed space of the box bed, barely aware of her mother-in-law’s silent disapproval.

‘It’s a fine wee lass,’ the midwife busied herself with a pair of scissors, manoeuvring adroitly in the confined space, her rubber apron crackling and smelling fishy in the heat. Belle felt sure it was the same apron she used to gut fish, and she recalled with a shudder the black under the woman’s finger nails.

‘A first bairn is always the worst,’ the midwife’s tone was kindly, ‘are you not going to look at her then?’ She thrust the baby at Belle who instinctively held out her arms. The baby, still covered with birth fluids, puckered her lips and made a mewling sound.

Belle had never actually held a baby before and she had never seen one with such a head of black hair, so long that it reached her tiny shoulders. ‘I’ll call her Sarah,’ she announced. 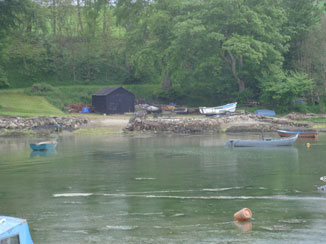 The tall, well-built woman sitting on the ingle stool at the fireside removed the clay pipe from her mouth and spat in the fire. As the droplets bubbled and sizzled on the coal, she turned slowly and deliberately to stare at Belle. ‘Sarah? What kind of daft name’s that?’ she demanded. ‘It’s not a fisher name, that’s for sure.’

Belle cringed. The feeling of worthlessness, instilled in her by her minister uncle, crept through her making her feel stupid. She looked at the baby and then at Annie. Meeting the contempt in Annie’s eyes she stiffened with defiance and said, ‘She’s my baby and I’ll call her what I like.’ Belle’s arms tightened round Sarah, the only real possession she’d ever had that was all her own.

‘Ach, Annie Watt, what does it matter what the lassie calls her bairn.’ The midwife thrust a parcel of bloody papers and straw on to the fire.

‘We’ll see about that when my Jimmie comes home,’ Annie muttered. ‘He’ll have something to say.’

‘He’s not your Jimmie any more, he’s mine,’ Belle muttered, scowling at her mother-in-law.

‘Hmph,’ Annie snorted as she turned back to the fire, ‘that’s what comes of marrying a townie. He should have stuck to his own kind,’ and with that final remark she clamped her teeth round her clay pipe, a sure indication that as far as she was concerned the discussion was over.

Belle flopped back on the bed exhausted, unsure whether the wetness on her cheeks was from sweat or tears. Jimmie should have been here with her, but he’d gone out with his father’s boat, chasing the herring shoals. The fish were more important to him than something so commonplace as the birth of a child.

Belle looked at the wrinkled, black haired baby, but her feeling of joy had been ruined by the attitude of her mother-in-law, and she suddenly felt too tired to care. 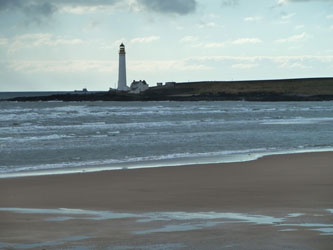 ‘Don’t be such a misery Annie,’ the midwife said. She laid a basin in front of the fire and reached for the heavy black kettle that was simmering on the hob. ‘She’s just a wee lass, and I mind fine when you had Jeannie, you made a bit of a fuss too as I recall.’

‘I don’t recall that at all,’ Annie’s voice was dangerously quiet, ‘and I don’t see how you can remember. That was all of seven years ago.’

Turning her face to the wall, and grasping the baby close to her body, Belle covered her head with the rough grey blanket. She could not bear listening to the two older women because she knew that neither accepted her as one of their own. To them she would always be an outsider. The incomer that was not welcome in the fishing community of Craigden. She wished again that her Jimmie was with her to shield her from their contempt.

Belle never noticed the blanket being pulled back, nor was she aware of Sarah being lifted from her arms as she descended into a restless sleep.